A History of Radiofrequency Ablation

Radiofrequency ablation is a process in which radiofrequency waves are passed through the electrode to disturb the surrounding tissue ions. When the electrode temperature increases, the tumor tissue in different organs may be destroyed. In 1998, Solbiati et al published the first paper about RFA ablation in thyroid diseases. Recently, RFA has also been proven to relieve cosmetic problems and compressive symptoms caused by benign thyroid nodules. Let’s take a look at the history of RFA. 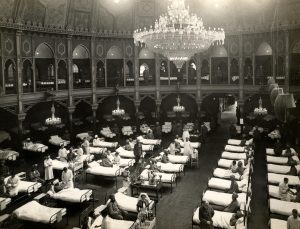 The History of Thyroid RFA

In 2006, radiofrequency ablation of thyroid nodules was introduced and had been reported to be effective and safe for treating recurrent thyroid cancer and benign thyroid nodules. Later, thyroid-dedicated devices for RFA, indications, and basic techniques were introduced by the KSThR, Korean Society of Thyroid Radiology, in 2012. Since 2012, RFA for thyroid nodules has been adopted globally, with subsequent advances made in techniques and devices such as thinner and shorter electrodes, virtual needle tracking systems, bipolar electrodes, and unidirectional electrodes.

Furthermore, two basic techniques, the moving-shot technique, and the trans-isthmic approach have been validated in multiple studies. In addition, advanced techniques like hydro-dissection and vascular ablation have also been developed.

Since the thyroid gland is small, electrodes have been modified to be internally cooled, thinner, and shorter than traditional electrodes used in other organs. To reduce the pain during thyroid RFA, perithyroidal lidocaine injection has been used. The two techniques, Marginal venous ablation, and artery-first ablation have been recently developed and can be applied to hypervascular nodules with prominent feeding arteries. Furthermore, it’s essential to understand US-based neck anatomy to enhance the efficacy of RFA procedures. Since the neck is narrow and contains multiple critical structures, it’s complicated to treat a tumor entirely. Therefore, hydro-dissection is an effective technique to separate tumors from surrounding critical structures.

Wrapping Up A History of RFA

As more RFA procedures are conducted and clinically proven positive results increase, the techniques and devices for radiofrequency ablation of thyroid nodules will continue to evolve. Understanding the most effective RFA technique and choosing the optimal treatment strategy is essential for patient safety and to optimize treatment efficacy. Our manufacturer, RF Medical Co., Ltd., is a medical company whose prime aim is to popularize radiofrequency ablation treatments.

RGS Healthcare is the most credible medical equipment distributor with over 10 years of experience. RGS Healthcare adopts advanced technologies to improve the product quality and offers top-notch medical equipment, including but not limited to RFA system, C-Arm, Extremity MRI systems, and Ultrasounds while listening to your clinical needs and budgetary restrictions.

RGS Healthcare helps medical practitioners and healthcare systems by embracing life-transforming technologies to provide diverse medical equipment that is crucial to your clinical needs. Contact us today for your consultation.

Disclaimer: None of the information posted is intended as medical, legal, or business advice, or advice about reimbursement for health care services.